Here I will show you some of the Snapchat and Instagram stories I have produced for the multiple sporting companies I have worked for.

I gained some experience of working for a football club whilst at Gillingham FC during 2017. This page includes a collection of the Snapchat stories I produced whilst working for the club, which went out to all of their social media followers.

Further experience was gained working on an official Snapchat following becoming part of Southampton Solent Ladies’ media team in September 2017. This meant during Second year of uni I was part of a four man team and during Third year I would become part of a two man team for the side.

From the summer of 2018 I started working for Eastleigh FC, and realised their Instagram interaction was not as high as other football clubs. I started producing Instagram stories for each match day, and saving them onto their home page. They got good interaction from the fans who sent in their predictions each week.

The stories are ordered from most recent story at the top, to the oldest at the bottom. Alternatively all of these stories can be accessed via my YouTube page.

Another Instagram story using unfold. This time we have a theme across all of our socials of neon/eighties, and I applied this to the Instagram stories. Once again I asked the man of the match to give a review of the game on the story after the match.

This week I used an app called Unfold, let me know your thoughts 👇 #Spitfires #InstagramStories https://t.co/RdHVOw8ZgM

For this Instagram story I used an app called Unfold. Personally I felt this gave the story a real added edge, making them unique to just the standard Instagram filters, borders, stickers and text. I also enjoyed how close I got to the players in this story, particularly asking Joey Jones to give his review at the end.

Much of my Instagram stories between October and February followed the same theming and style as the ones below. However this one taken at Salford I felt really stood out. I started to use different filters on images, and gave the viewers a different view of the highlights. The result also meant this story stood out amongst the rest.

Nothing special about this Instagram story unlike the previous one at Halifax. However once again I showed how I am comfortable getting closer to the players and making the Insta stories more appealing to the fans because of this.

This Instagram story was done during a trip away at Halifax with the Eastleigh side which involved a stay overnight in the team hotel. This meant that I felt far more comfortable taking shots of the players and managers before/after the game and I feel this is shown in this story. For example I love how Paul McCallum comes up to the camera during both his walk off the bus and the walk back onto the bus after the game. This is the type of interaction I want every week with the players.

I enjoyed producing this Instagram story because I used some of the colour themes associated with the FA Cup, such as the yellow. It was a shame about the result however.

This is one of my favourite Instagram stories I’ve produced for Eastleigh so far. It’s unique as it was focused around #NonLeagueDay, therefore I had lots more shots of the fans and it felt a lot cleaner. We get a lot of fan interaction on these stories, especially through the predictions section.

Producing any form of work on this gameday was difficult due to the terrible weather conditions. Like most phones mine does not respond well when it gets wet, therefore I couldn’t post as many shots as I normally do. However to compensate I used the photographs from our club photographer, adding text in and around it to make it stand out.

Another great experience doing the social media around professional television crews. For this game we were being televised live on BT Sport, meaning presenters I had known for years such as Matt Smith were there and everything was being broadcast. I took up Instagram duties alongside the normal twitter duties.

Running an Instagram account at a Premier League ground was such an amazing experience. The facilities there were unlike anything else I had seen before. It’s definitely a visual goal for the rest of my time at university; something to aim for in the future.

My second game day for Eastleigh FC running the Instagram account. I got the ground quite early in order to get shots of the players walking out for their warm up and get the necessary behind-the-scenes shots. I wasn’t doing the Twitter for this game so I had more time to get added pictures. In my opinion compared to the last game vs Dover Athletic this story was not as aesthetically pleasing. Some of the added features looked out of place and there was not a direct theme (in terms of colours and text type) throughout the whole story.

My first instagram story for Eastleigh Football Club. They were not using Instagram for match day stories so I suggested we included it as it’s a common feature of the social media game for all football clubs at all levels. I ran the story across all day and throughly enjoyed the experience. Producing stories like these are definitely my strong point. I also ran the Eastleigh Twitter for that game too. Disclaimer: this story isn’t as clear as normal as I was unable to save it in full on a match day, meaning I had to screen record and then edit

This is the first social media story I have uploaded on here for some time however that does not mean I have not been producing them consistently. I created Snapchat and Instagram stories for Solent Ladies for instance every match day (all of these can be seen on the Solent Ladies Instagram via the highlights bar). I uploaded this Instagram story produced for Tankerton FC as it is unique. It’s my first Instagram story on this website and follows not a minute-by-minute game, but a whole day’s worth of events. It was extremely enjoyable to cover this event and I feel this Instagram story highlighted my enjoyment in the day.

After resuming my duties as media officer last Wednesday for a friendly against Southampton College, I returned to Test Park for another BUCS game. Now I have the assistance of a course mate of mine during games who helps with taking high quality videos and photos for match day vlogs. As a result the following Snapchat story was more substantial than previous games. 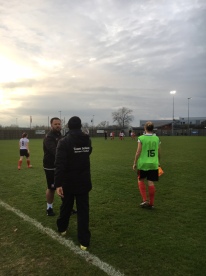 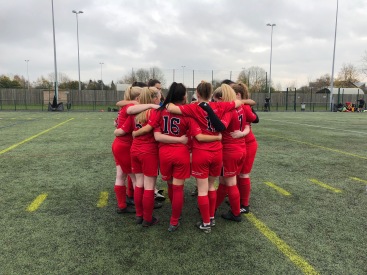 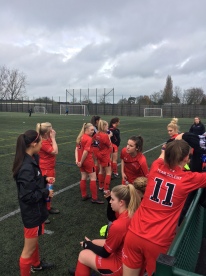 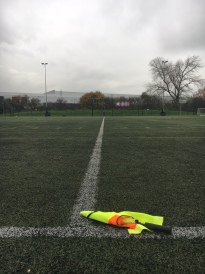 Unfortunatley the girls slumped to another disappointing and frustrating defeat to University of South Wales. The same problems are occurring every game and it’s something that needs to be fixed sooner rather than later. The Snapchat story is available below:

Another BUCS Wednesday for Solent Ladies where I was required to take charge of all social media accounts. I had some assistance from two other guys today meaning the Snapchat story was longer than previous BUCS weeks. 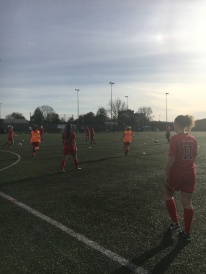 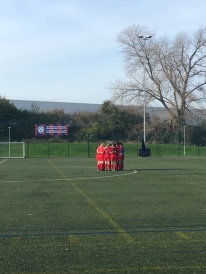 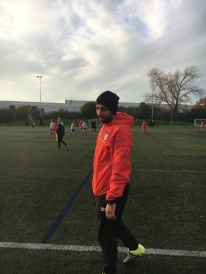 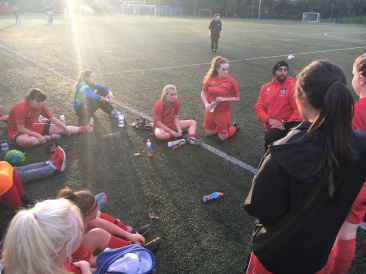 The girls finally won a game and thoroughly deserved it too. This is the first time I had taken charge of a social media account for a team and they had won! The curse has been lifted. The Snapchat story is available below:

This was the first time in a couple of weeks I was only responsible for the Solent Ladies Snapchat account, rather than the Twitter and Instagram too. This meant the following story was far more in-depth than previous. 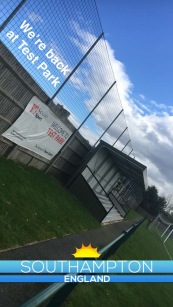 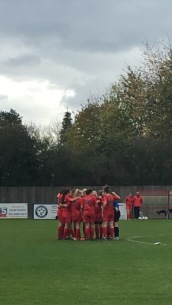 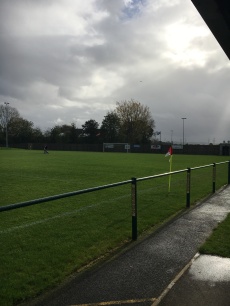 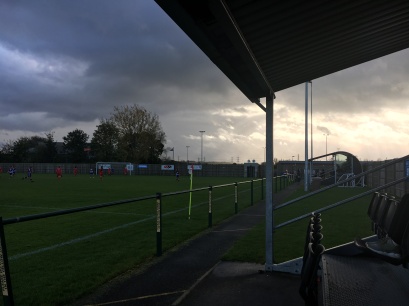 Of course as I have previously noted running this Snapchat account is a far more casual affair compared to that I am used to at Gillingham, for example. In terms of improvements I feel like I needed to get in-between the players a bit more at half-time and full-time; in a similar fashion to the warm ups at the start of the game. The Snapchat story is available below:

Another game where I was required to run all forms of social media for the Solent Ladies side, meaning the Snapchat story suffered as a result. I do feel however I got some good shots before the game, particularly the ones of the girls walking onto the pitch. These shots were also converted to GIFS to use on our Twitter. 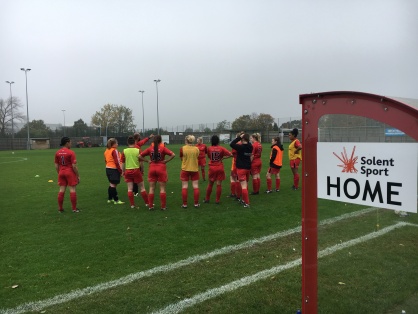 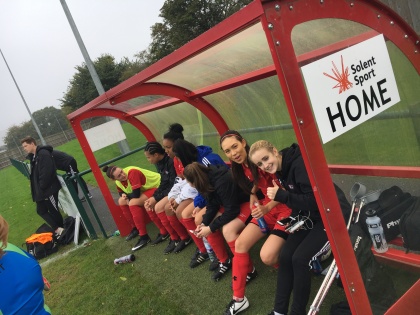 Again the girls were unable to find a victory (I am starting to think I am an unlucky charm when it comes to running the Snapchat for a team!), falling way short of Exeter as the visitors won 9-0. But as I said last week there is still plenty of the season to go. The Snapchat story for the day is below:

This was the first time I was in sole charge of the Solent Ladies social media, meaning for a 90 minute game I had to update the Twitter feed, Instagram feed, keep a stopwatch of the time, and of course Snapchat. As a result the Snapchat story was not quite as long or as in depth as previous stories seen below, but I felt it presented the key messages well. 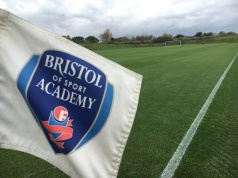 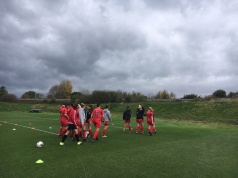 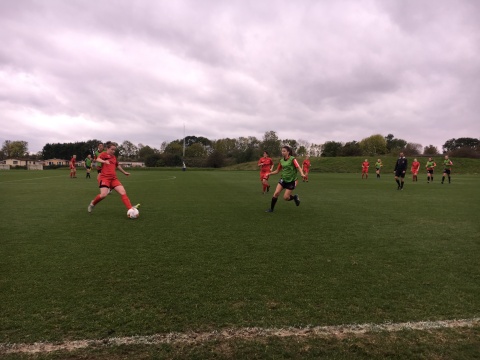 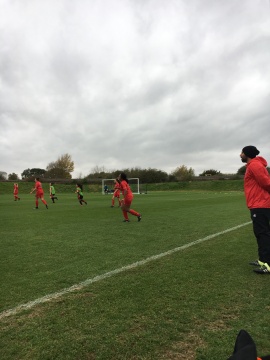 Although pushing UWE right to the end and being 3-1 up at one point, the girls narrowly lost 4-3 but showed plenty of positive signs ahead of the new BUCS season. The Snapchat story of the day is below:

My first time running the official Solent Ladies Snapchat account ahead of becoming a member of their media team came in October of 2017. The Solent Ladies team were at home in the SWRFL against Ascot United Ladies and I was in charge of the snapchat for the day. 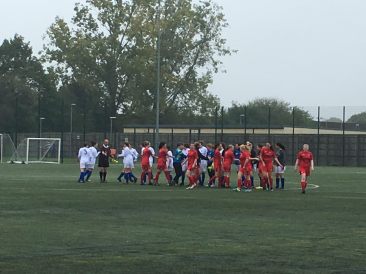 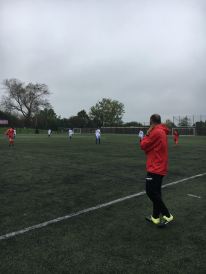 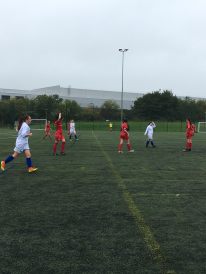 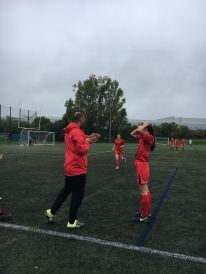 Unfortunately the girls slumped to a 7-1 defeat however I personally enjoyed the day and it got me excited for the potential associated with such a job. As expected, the running of this Snapchat account was far more relaxed compared to that I had been used to at Gillingham, which is something I enjoyed. The Snapchat story of the day is below:

My second time running the official Gillingham FC Snapchat account was away at Charlton Athletic (The Valley). It was a great experience being able to roam the players’ tunnel and changing rooms and have unlimited access to all the behind the scenes at the game 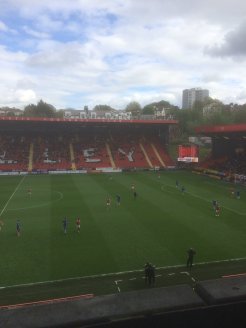 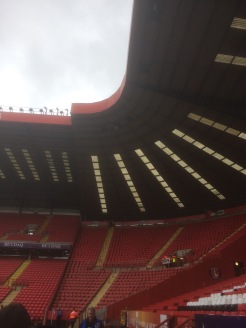 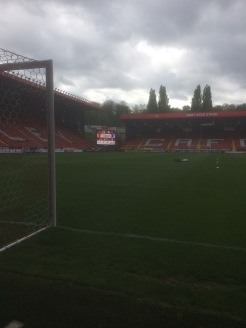 Unfortunately I was left waiting for my first experience of a Gillingham win whilst working for the club as Charlton came away 3-0 winners. The Snapchat Story is below

My first experience working for a football club on a match day. Having previously spent a week at Gillingham doing work experience during January of 2017, I was offered the chance to come along to a match day and help out with the social media. 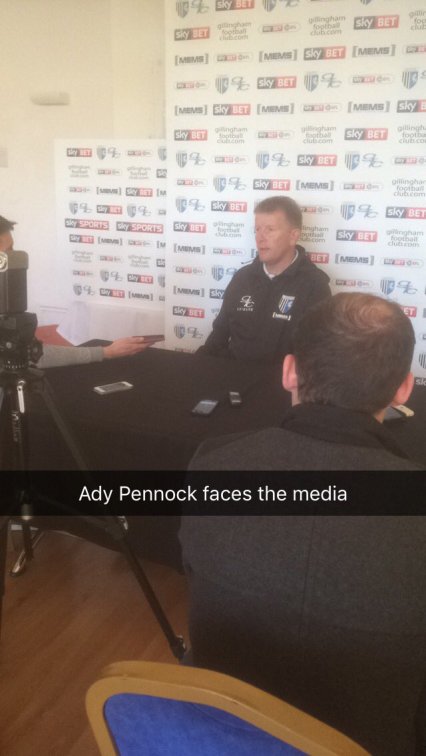 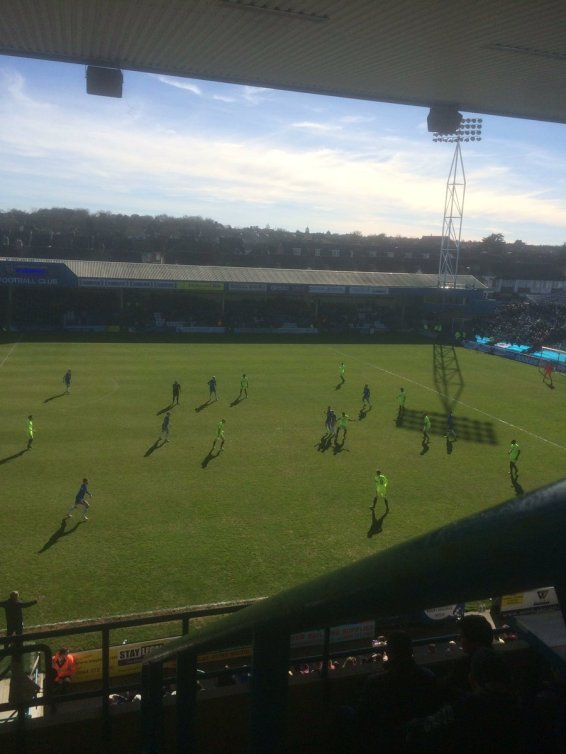 The game was not the spectacle I had hoped for. The visitors won 1-0 in the dying seconds with a long range strike in a game which failed to really get going. The Snapchat story is below: